14 teams made their final presentations to a panel of judges. Their pitches included compelling descriptions of unmet medical needs, novel technologies to respond to those needs, and plans to achieve adoption. After the pitches, there was a panel on innovation, the awards ceremony, and a reception.

Dr Mercedes Balcells-Camps, Program Chair of IDEA2 Global and a Principal Research Scientist at MIT, said of the teams, “I expect that the transformative experience the teams have had will propel them forward, not only within their projects, but also as professionals. IDEA2 helped them frame their projects more specifically, engage with a diverse audience, and extend their international network.”

“These teams demonstrated the value of reaching across practice areas to enhance the potential impact of their innovations,” said Dr Martha Gray, J.W. Kieckhefer Professor of Health Sciences and Technology and Professor of Electrical Engineering and Computer Science at MIT, and Director of MIT linQ, the center that runs IDEA2 Global. “Research has a greater chance of making a real-world difference when researchers know how to develop their ideas for implementation, and how stakeholders with different backgrounds and needs will react to them.”

Teams were recruited to the program in the spring, and were matched with technical experts and mentors who helped them develop their technologies and ventures. Over the following six months, they meet with these people, and also received training in innovation methods and communication skills.

Project teams’ ideas ranged widely across medical areas and technologies. Some teams were inspired by challenges faced in the hospital setting, such as the Statu/s: A novel handheld device for non-invasive assessment of jugular vein pressure team, who have developed a handheld device for rapid and accurate bedside assessment of JVP by physicians for real-time clinical decision-making. HistShock: septic shock diagnosis and prognosis using mass spectrometry-based detection of circulating histones combines the sensitivity of an analytical method, mass spectrometry with the specificity of molecular blood biomarkers, and extracellular histones into a novel strategy to analyze and predict septic shock outcome. And the goal of Wave Biomedics is to provide safe and sustainable rehabilitation products that help people have a comfortable and efficient recovery, exceeding quality experience and service at a competitive cost.

Several teams focused on new technologies to aid people who are not always able to take care of themselves. MemoRoom is a VR+AI-based treatment for Alzheimer’s patients based upon a new breakthrough in Alzheimer’s research and leveraging artificial intelligence and virtual/augmented reality in novel ways. Similarly, Take Me There assists memory loss patients in getting back to their homes or safety places where they can be picked up by caregivers by using mobile apps and the Connected Internet of Things (IoT). VAAS: Vision and audition aid system for schizoid patients is a technology conceived to help schizophrenic and other schizoid disease patients in hypothetical therapeutic treatments, helping them to distinguish between hallucinations and reality in the vision and audition fields. And Soundclue: App with sounds for autistic children aims to provide caregivers with a communication tool based on the use of music and sound that will help people with ASD anticipate and conduct their daily life activities.

Two teams are tackling the global challenge of tuberculosis (TB). Metabolome: Diagnosing tuberculosis by means of metabolomics techniques, a team which has identified a specific urinary metabolite-signature that detects patients with TB and at the same time, could monitor the effect of the regimen prescribed. Sustainable Germicidal UV (GUV): Upper-Room Air Disinfection in Resource-Limited Settings is developing Eggcrate upper-room GUV and LED GUV, two novel methods for air disinfection to combat the global tuberculosis epidemic.

Other teams are exploring important areas of unmet medical needs. Corneal stroma fabrication is addressing the problem of a global shortage of human cornea donors by synthesizing a polymeric extracellular matrix of collagen together with 3D printing of mesenchymal stem cells over the matrix, imitating the cornea. The team behind B cell immunotherapy for central nervous system injury proposes to develop a novel cell-based immunotherapy for the acute and chronic treatment of central nervous system injuries. 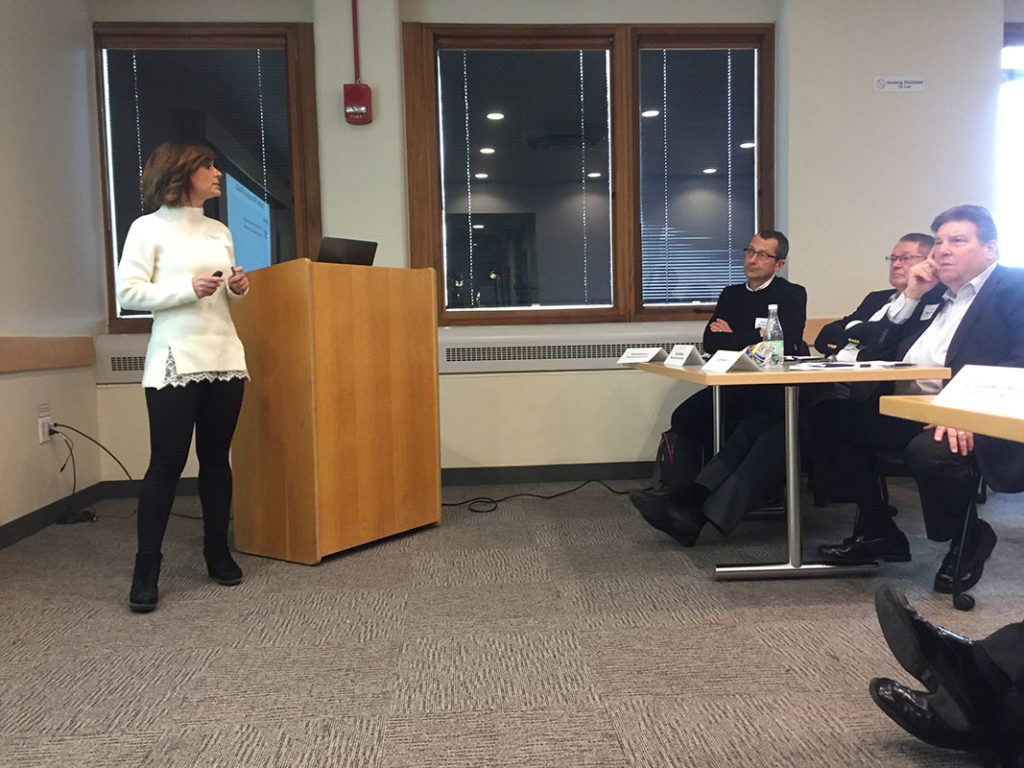 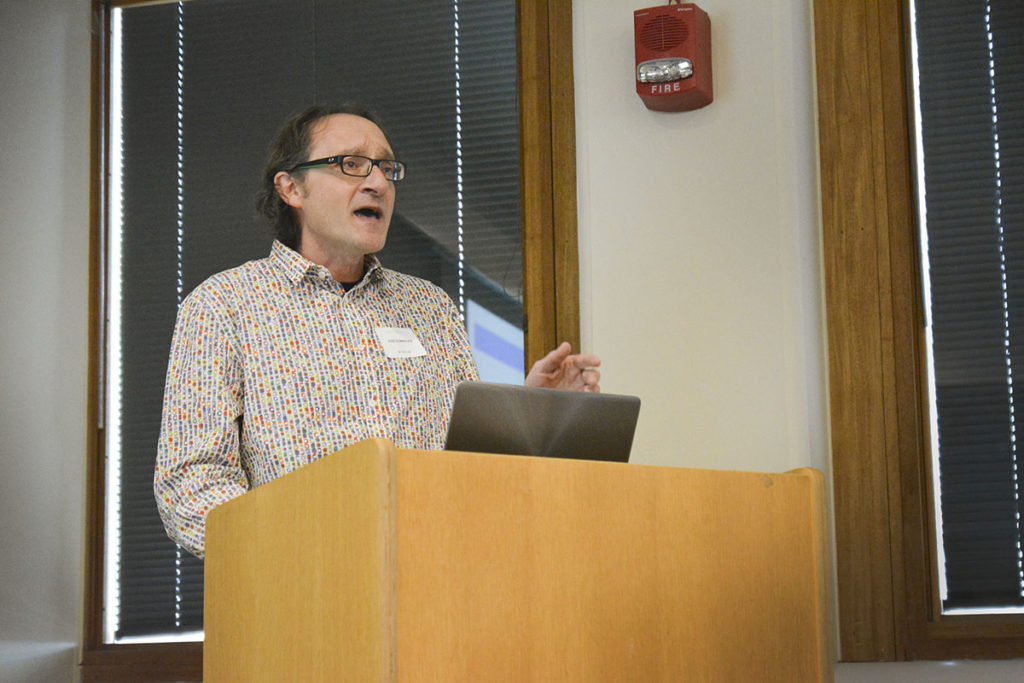 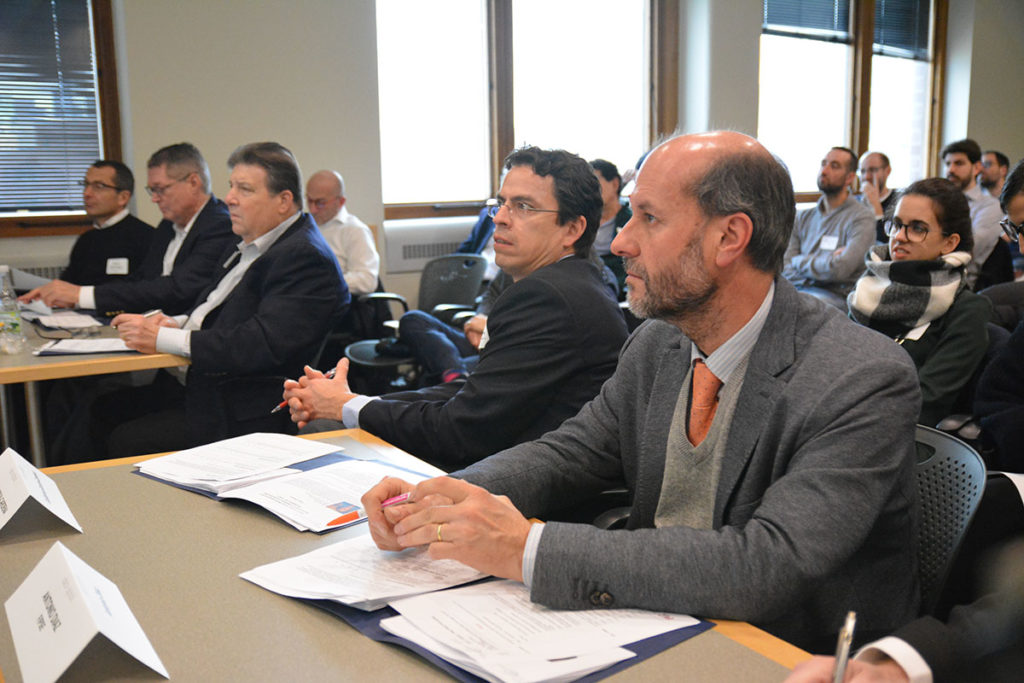 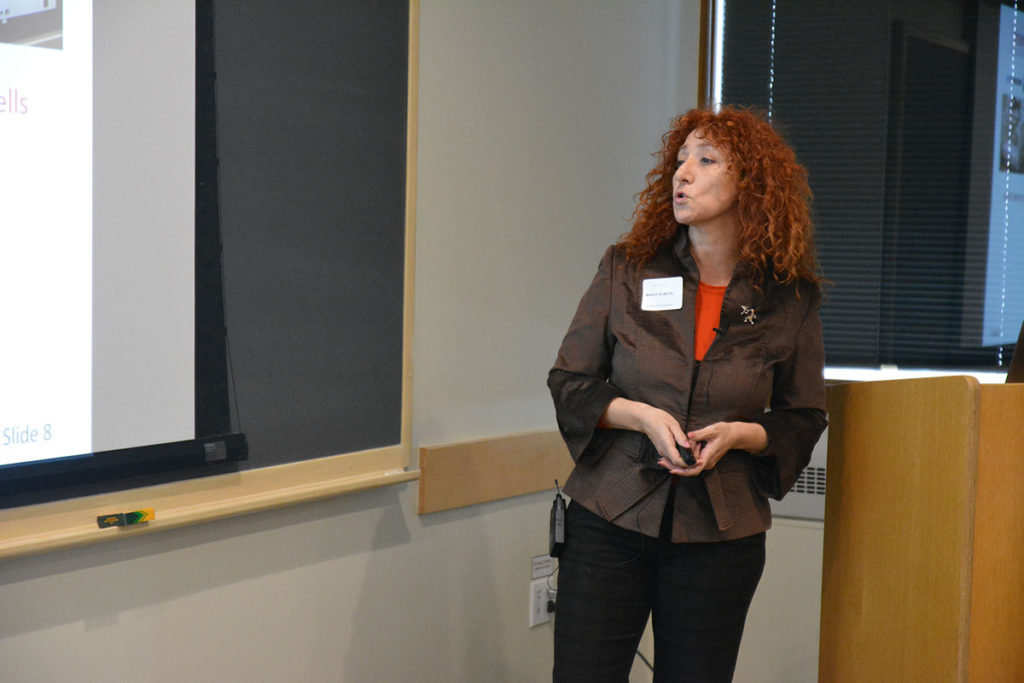 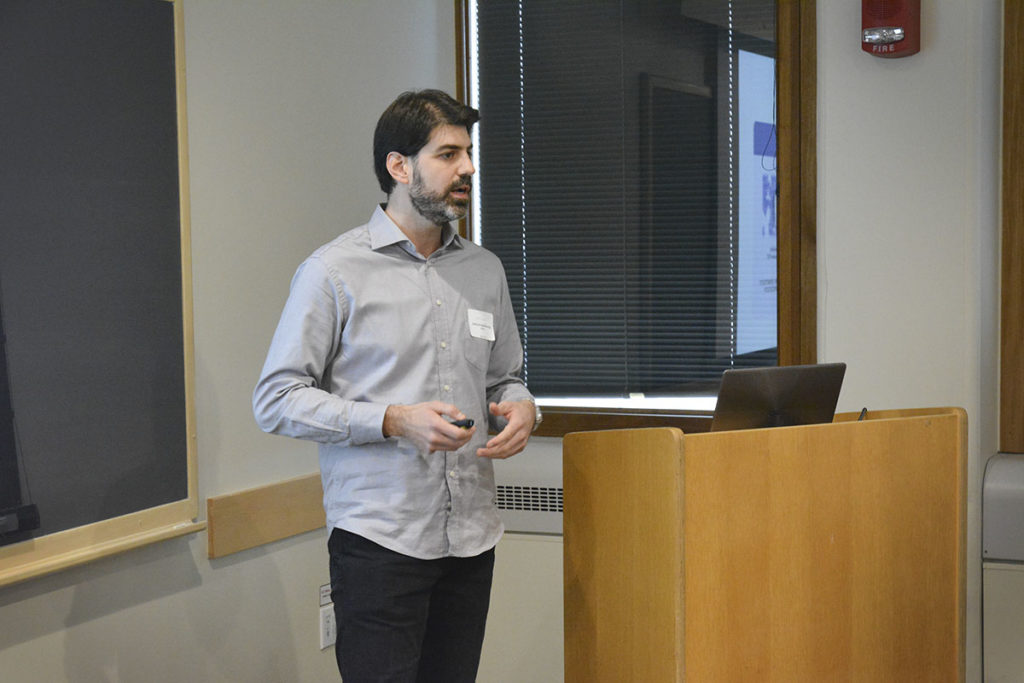 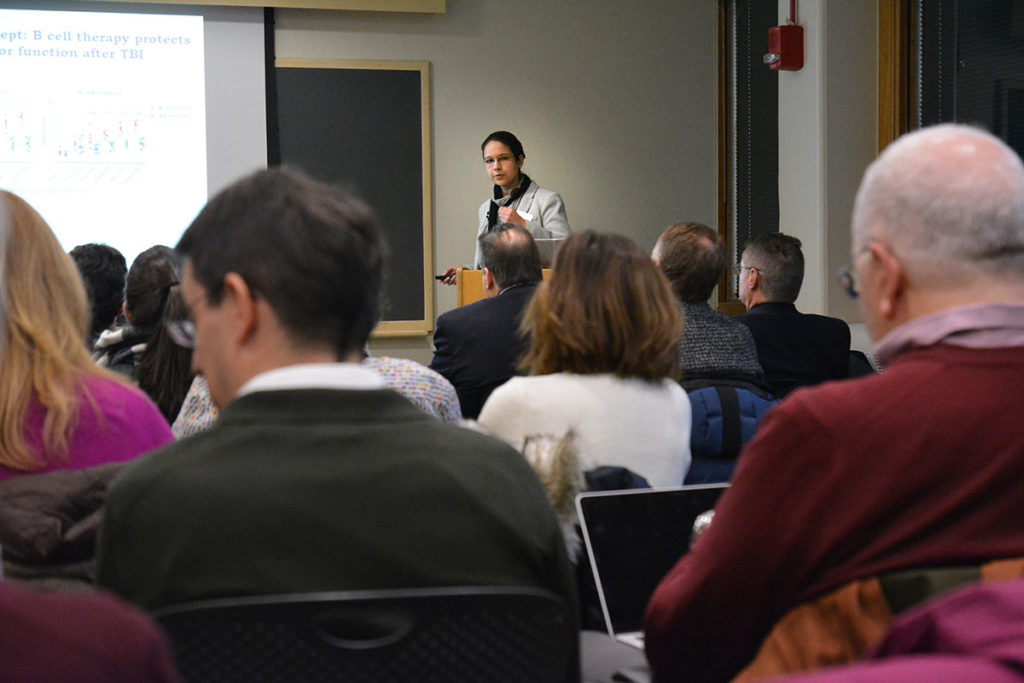 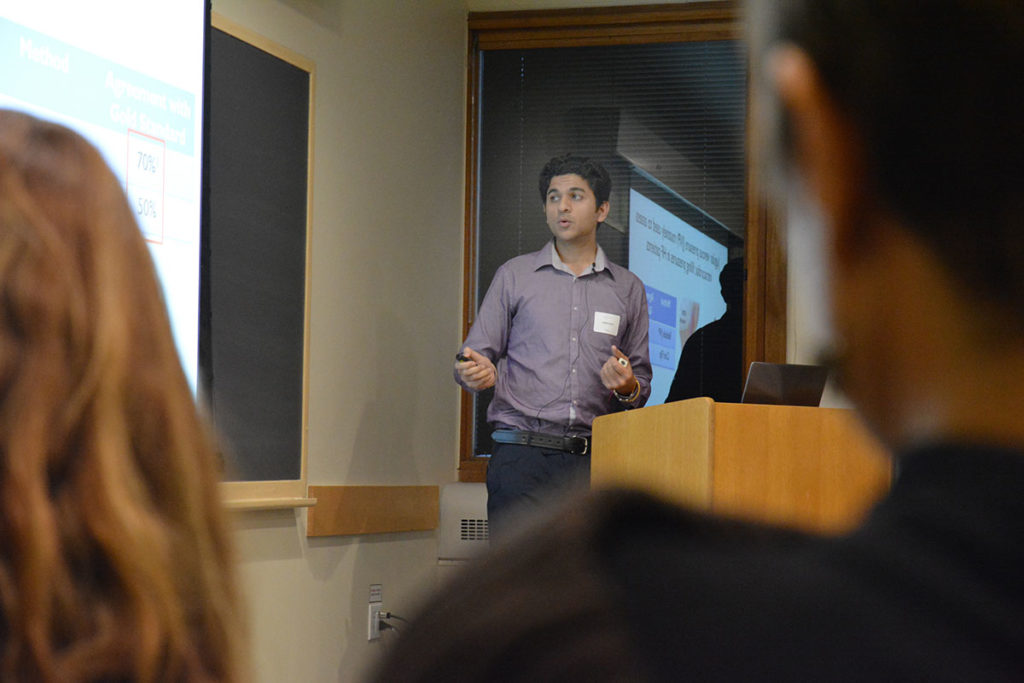 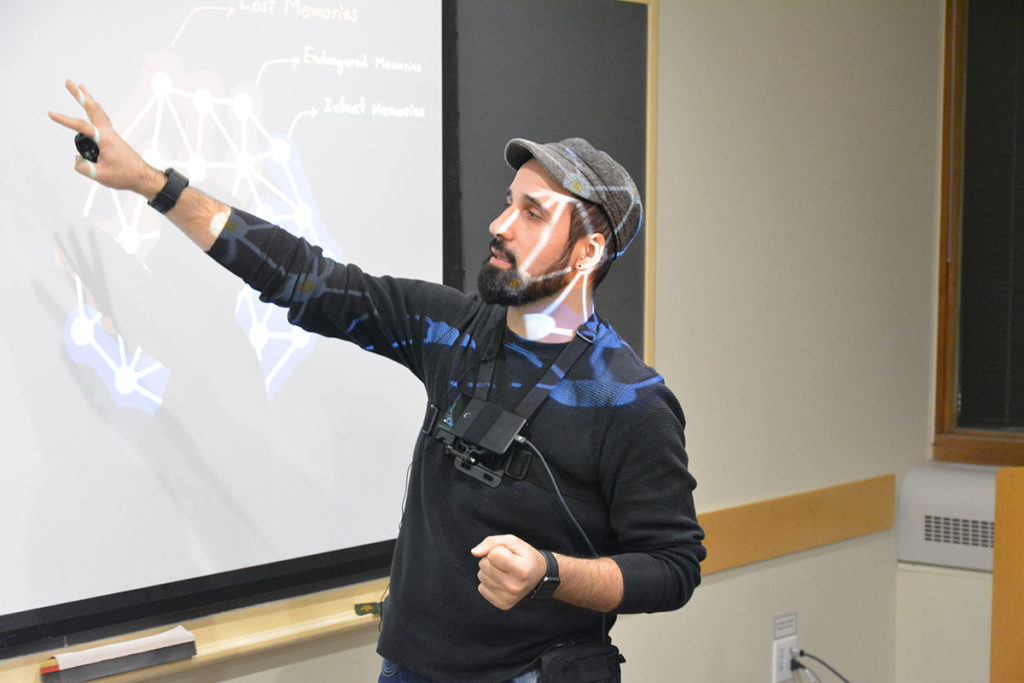 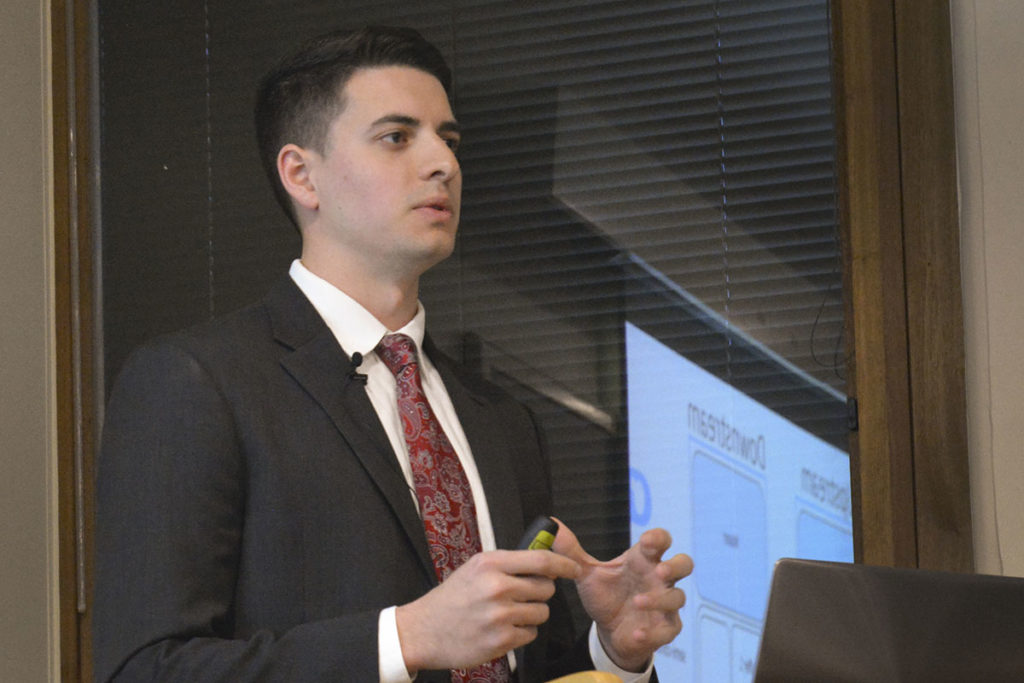 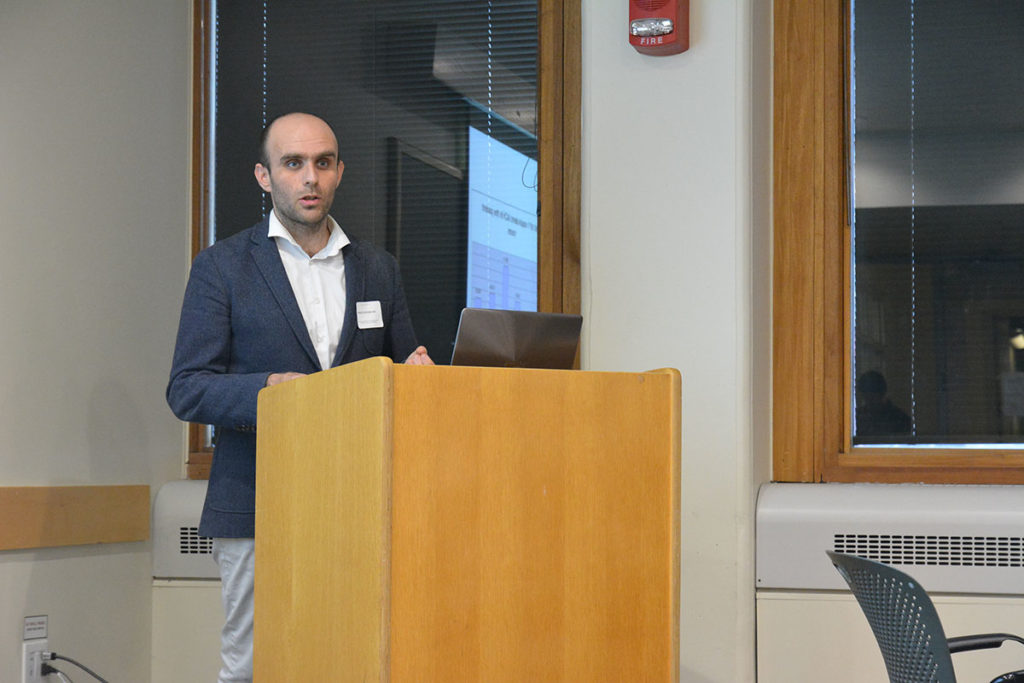 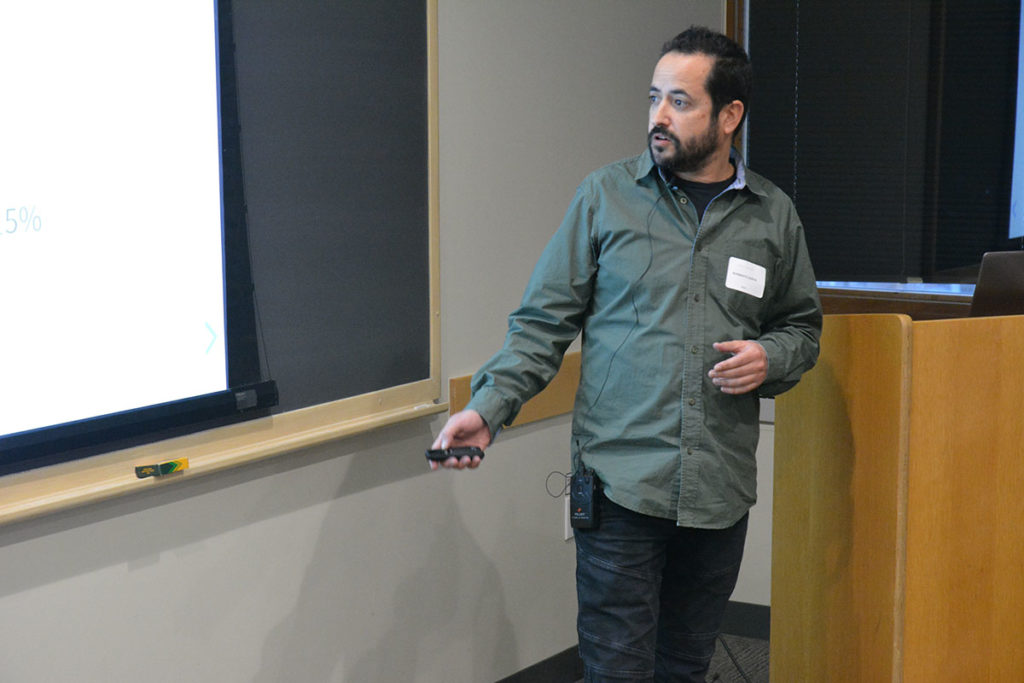 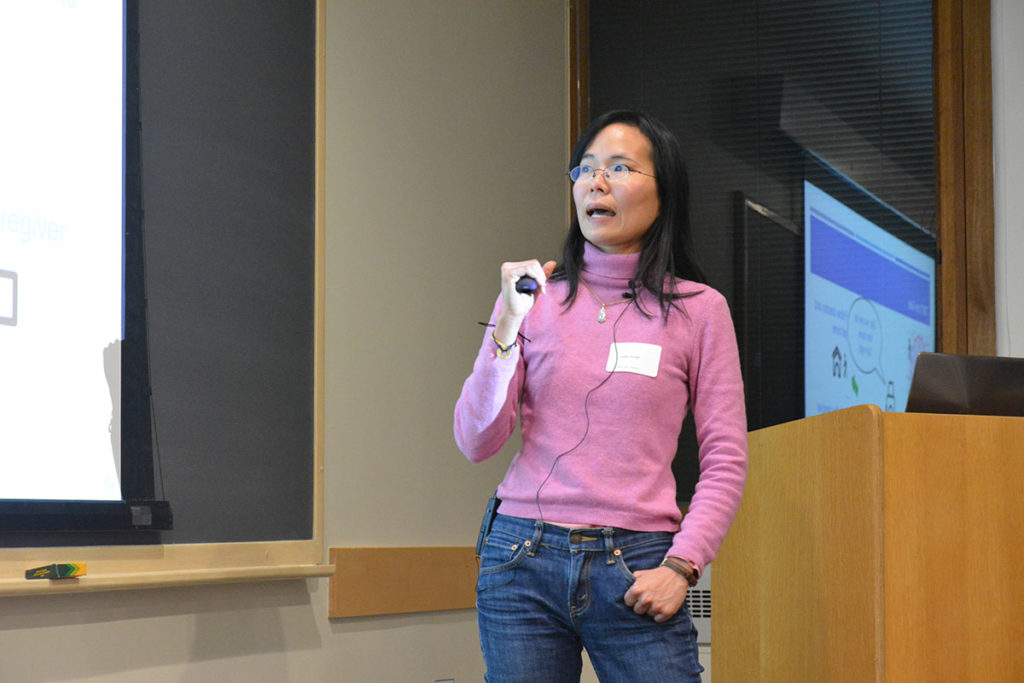 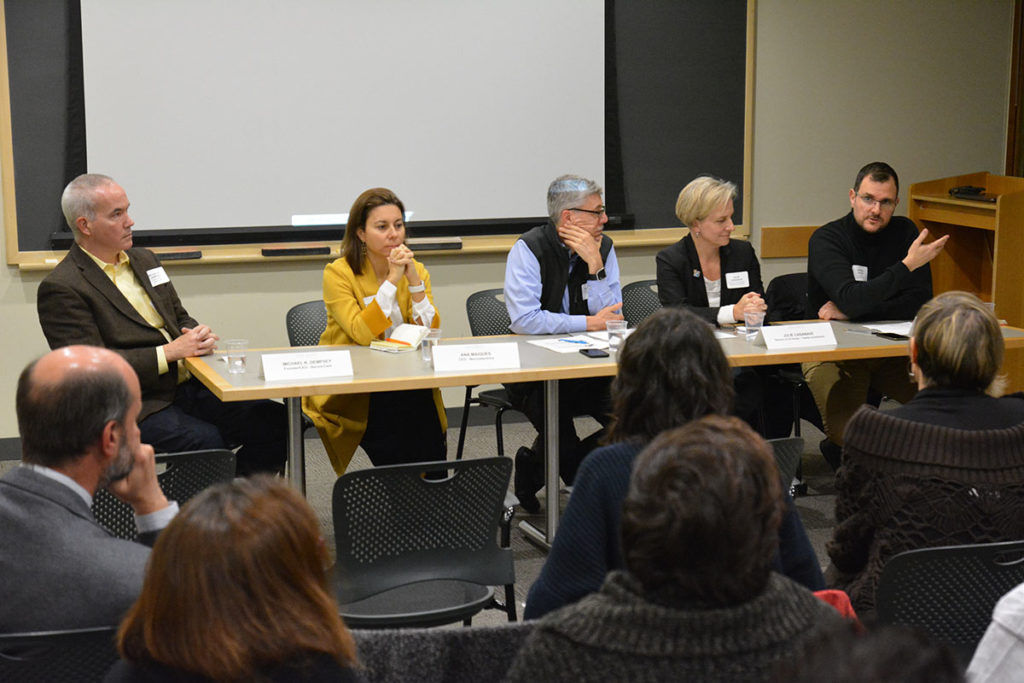 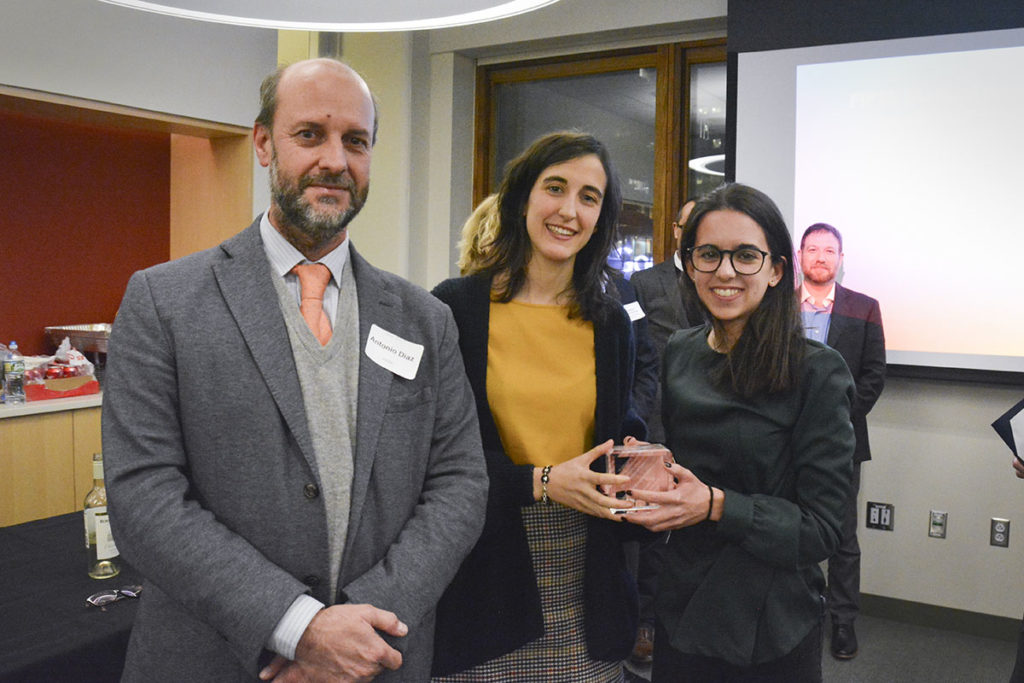 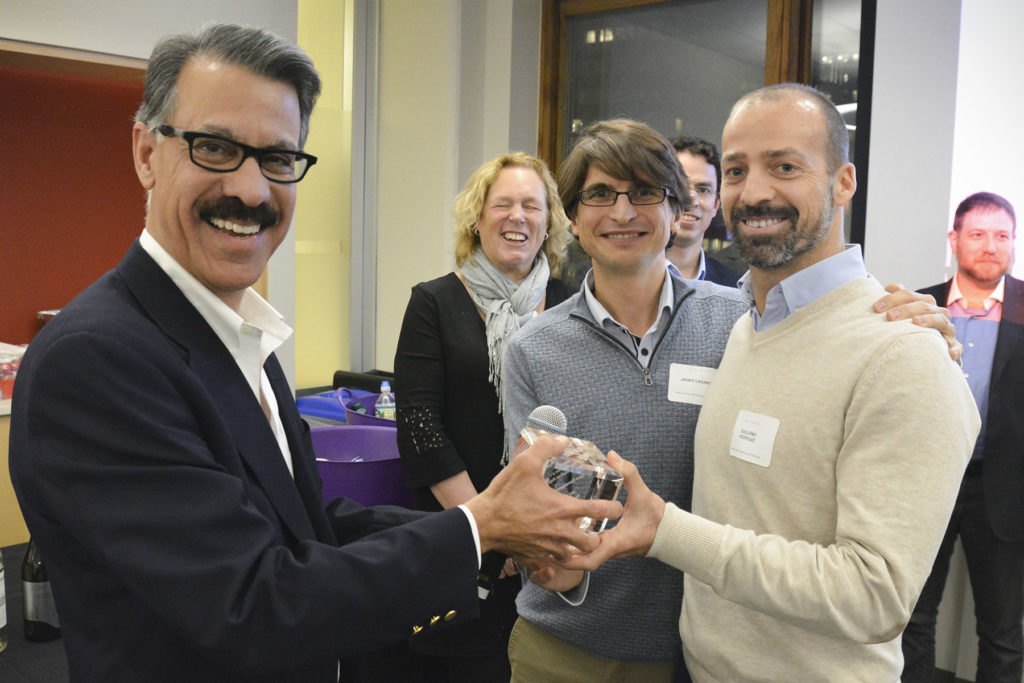 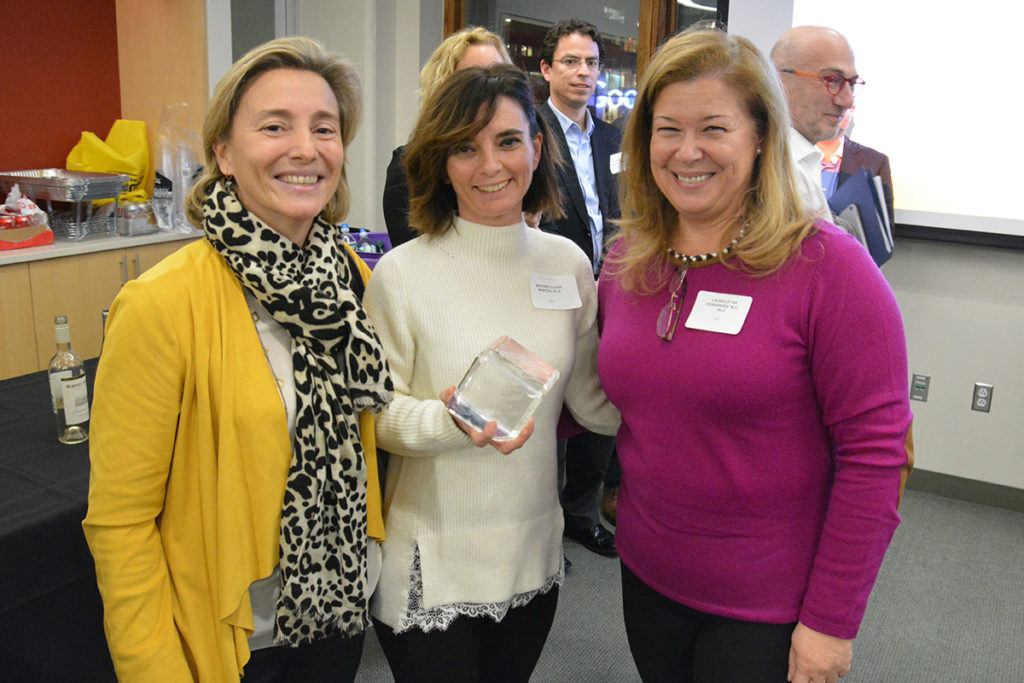 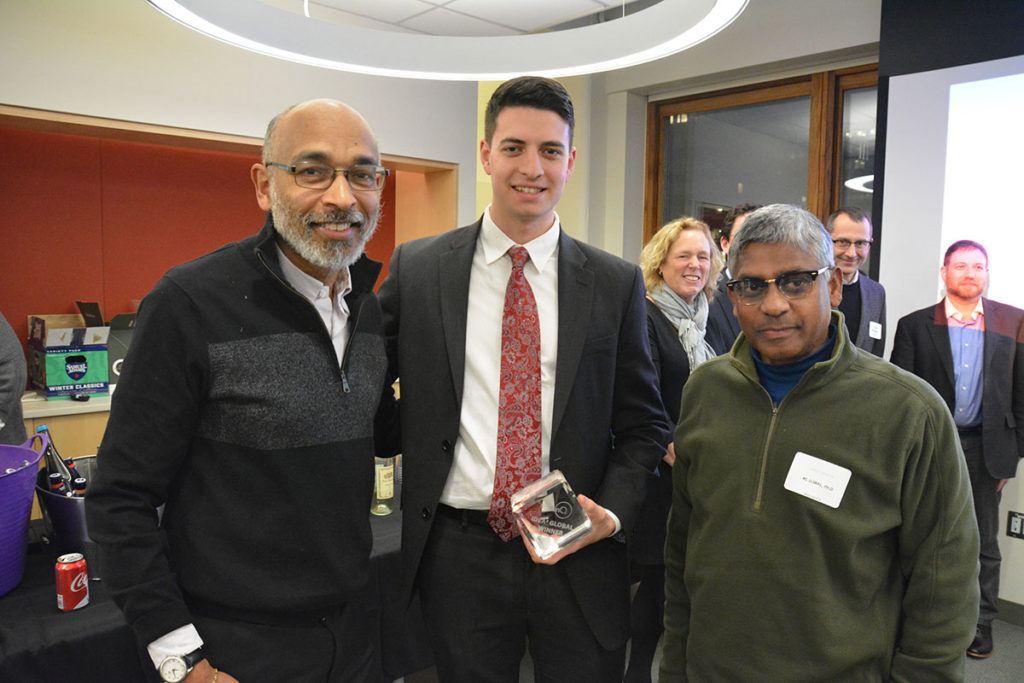 “I think the teams have real potential to solve unmet medical needs, and can do so in a relatively short time,” said Antonio Diaz, representing the sponsoring organization FIPSE, remarking on the teams’ evolution in the program. “Thanks to the program we have seen them advance quickly, and in just a few months they have achieved important goals, like making prototypes, starting clinical tests, solving technical difficulties, and finding new collaborators.”

While the jury deliberated, attendees asked questions of another expert panel who spoke about the challenges to innovation, and how to persevere. The panel, which was moderated by Marco Muñoz, Senior Director, Global Initiatives at MIT, included Ana Maiques, CEO of Neuroelectrics; Michael K. Dempsey, Founder and CEO of Secora Care; Julie Casanave, Director of UX Design at Fidelity Investments; and Enrique Shadah, Founder of StartupBlvd.com.

IDEA2 looks ahead to another edition next year, and plans to expand on both the programming and the partner network. “We anticipate new program contents and workshops to better meet the needs of the teams,” said Dr Balcells. “And since innovation is a global enterprise, we hope to extend IDEA2 Global to Asia, complementing our European and American partners.”

IDEA2 Global, which is hosted by the MIT Institute for Medical and Engineering Sciences (IMES), was sponsored by FIPSE, Industrial Farmacéutica de Cantabria (IFC), and PDS. Organizers plan to launch a new round of recruiting in the spring. To learn more about IDEA2 Global, please visit https://idea2.mit.edu or contact Mercedes Balcells at merche@mit.edu.

***
About MIT linQ
MIT linQ is a new collaborative initiative focused on increasing the potential of innovative research to benefit society and the economy. linQ’s portfolio of international innovation programs demonstrate a new paradigm for technology research and training. Learn more at https://linq.mit.edu