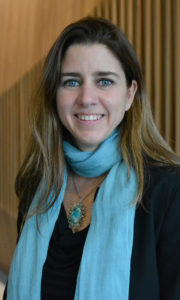 Dr Mercedes Balcells-Camps, Program Chair of IDEA² Global, was selected for the MIT Excellence Award for Advancing Inclusion and Global Perspectives. She will be recognized at a special ceremony at MIT on Thursday, March 21.

IMES Director and longtime collaborator of Dr Balcells-Camps Dr Elazer Edelman made the announcement to the IMES community in a letter highlighting her achievements (see below). We are proud to have Dr Balcells-Camps leading IDEA² Global!

We are excited to announce that Mercedes Balcells-Camps has received the MIT Excellence Award for Advancing Inclusion and Global Perspectives!
This award is for individuals who embrace MIT’s priority of global leadership, promote an inclusive workplace and raise awareness and educate others at the local level about Institute-wide inclusion and global efforts, and broaden existing practices to reflect multiple perspectives.
Mercedes is a Principal Research Scientist in IMES. She has promoted innovative, highly productive research and educational exchanges between MIT and her alma mater Institut Químic de Sarrià in Barcelona. As a result, Mercedes created the MIT-Spain program. Each year the program provides 50 MIT students across schools and departments with internship opportunities in Spanish companies, universities, and research centers. The program also awards seed funds to promote collaborative new research projects between MIT and Spanish faculty. Mercedes is a passionate basic scientist who embraces working with physicians and clinicians as well as industry partners to accelerate the path of new technologies and therapies from bench to bed-site. She is also a motivated mentor and the projects she leads become the ideal venue to educate the next generation of engineers, biologists, material scientists, physicians, computer scientists, and chemists who learn to work collaboratively as the only way to solve today’s greatest challenges in health. She also chairs the MIT IDEA2 Global program, which provides mentoring and connections to biomedical innovators around the world to develop and realize their project ideas.
The Excellence Awards + Collier Medal Ceremony will take place on Thursday, March 21 at Kresge Auditorium. The ceremony begins at 3pm and concludes at 4pm. A reception in Kresge lobby follows the ceremony until 5pm. The event is open to the entire MIT community and we encourage you to attend to cheer on Mercedes.
Congratulations Mercedes on this significant achievement!
Elazer